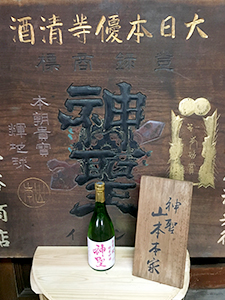 Fushimi, Kyoto, which has been prosperous as a hub port to connect water transport between Kyoto and Osaka, has always enjoyed being one of the top famous sake producing district. Being gifted by a high-grade quality of underground water, and once used a Chinese character meaning “water” to its name, this place has not only been a distinguished sake producing region, but also an affluent source of Kyoto vegetable and rice production as a culture. To make most of these resources of Fushimi to the maximum and to recreate the community in a more attractive form, “Town with Rice Paddies and Sake Brewery” Rehabilitation Promoting Business Cooperative Association has been carrying out an initiative with “water” as a key concept.

One of these initiatives is branding and selling an original sake brewed in Fushimi, which uses sake rice grown in the district, sharing the same Fushimi water during growth in the rice paddies. “Town with Rice Paddies and Sake Brewery” Rehabilitation Promoting Business Cooperative Association took the lead to calling rice producing farmers in Fushimi, Kyoto Municipal Institute of Industrial Technology and Culture (KMIITC), and Yamamoto Brewery, one of the oldest sake brewery. These parties have collaborated to make an originally new brand of “All-In-Kyoto Sake”. This Fushimi- brewed sake uses Iwai, a brand of sake rice limited only to Kyoto prefectural use, Kyo-no-saku, the yeast which has been released from KMIITC appropriate for cold sake, and koji mold produced in Kyoto. It is mild in fragrance, has a fresh melon flavour along with delicate richness of rice in taste, followed by crisp, green apple-like acidity with clean finish. 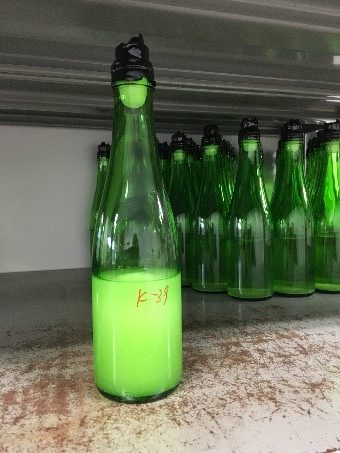 KMIITC is a research institute which is the backbone to Kyoto sake brewing industry, specialising on technical support of local sake breweries and sake yeast development.

“There are approximately two hundred kinds of archived sake yeasts which have been extracted from breweries in Kyoto. The characteristics of yeasts vary, with each speciality and strength,” said Dr. Kiyoo Hirooka, Head of Research at KMIITC. Kyo-no-saku has high fermentative activity so that leads to dry sake in fermentation. Moreover, it gives off plenty of malic acid, which is good to be served in a chilled state.” KMIITC   puts stress on development of Kyoto-original yeasts which comply with sake serving temperature such as warm or cold sake.  kyo-no-saku in particular, produces sake which has an excellent balance between light acidity and mild taste, best drunk at cool temperature. “I would really love to see people enjoy cold sake brewed by Kyoto-original yeast.”Dr. Hirooka said, with great compassion hidden behind his sedate smile. 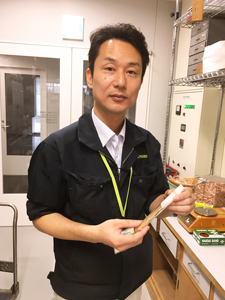 Next, we visited Yamamoto Brewery in the middle of Fushimi town to know what is happening in the real production line. Founded as old as 1677, Yamamoto Brewery is not only well known throughout the country by their brand such as “Shinsei”and “matsu-no-midori, but it is also a proud appointed supplier of”Matsu-no-midori”to  Omote Senke, one of the three Sen families who inherits the tradition of tea ceremony to this day. Shiragiku Well, regarded as one of the seven best water fountain in Fushimi, is so deeply loved by locals that residents never cease to visit to get tasty everyday water for tea or coffee.

Mr. Yamamoto also holds great expectations about the growth of sake with local ingredients, or of Fushimi terroir, and is hoping to gradually plan making half of entire 900,000 litre production of the brewery with Kyoto local rice. On the other hand, he has started the event called “Shinsei Fushimi Sake Rice Iwai-friends project”. This already three-year-running project is a consumer participating experience of whole sake production starting from the rice paddy to the actual tasting of sake, based on the philosophy of local food movement, expecting that the sake consumers will understand and love locally produced sake. The participants visit the local Misu shrine for wishing healthy rice harvest, plant Iwai rice seedlings in rice paddy with the local farmers, reap rice at autumn, experience sake brewing at the brewery, and are given the finally made sake and sake lees in winter. “There are considerable amount of repeaters on this project every year,” says Mr. Yamamoto.

“I wish that this entire project can be one of the proposals to Japanese sake industry,” he expressed great expectations for getting more fans to their locally produced sake. 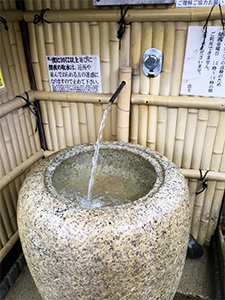 Lastly、We had a chance to visit the real farmer who grows and supplies Iwai to “Shinsei Fushimi Sake Rice Iwai-friends project”. Mr. Kenichiro Kimura was proud of joining this project.

Iwai is a sake rice which has a large starch core: it was developed in the Tango area of Kyoto prefecture in 1933 as a derivative from Nojo-ho sake rice. It has been known to have a good quality, successfully gaining a high reputation as the brand suitable for high-class ginjo sake with high rice milling. However, the fact that Iwai had low yield、and it was prone to collapse due to the outstanding height of the plant, not fit for automation, lead the cultivation to be ceased in late 1960’s. It was late in 1980’s that local food movement led to momentum“Kyoto rice for Kyoto sake”, then replanting of Iwai began in 1992. Nowadays Iwai is used by whole Kyoto prefectural breweries including Fushimi district, and is cultivated by contracted farmers throughout Kyoto prefecture.

“Iwai can be sold at twice the price of general eating rice, which is really helpful for us,” said Mr.Kimura. “It goes really well along with Fushimi sake, as it shares the same quality of underground water with the brewing water of Fushimi breweries. I hope to have a larger planted area of Iwai by the enhancement of All-in-Kyoto sake sales.” He told us with great expectations. 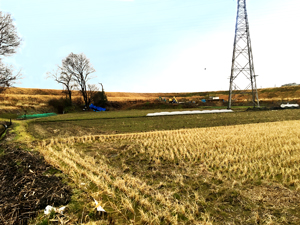 This “All-in-Kyoto” sake, “Shinsei 100% Iwai Junmai Ginjo” can be bought at Yamamoto brewery shop “Torisei” or at brewery events. As the production of local Iwai is still limited, this sake has only 1800 litre sales, which is 2500 bottles in 720ml bottles. However, all parties concerned in producing this “All-In-Kyoto” sake share the anticipation that this project would be fruitful, and that this strictly all made-in-Kyoto sake would be popular among the consumers. Further growth of this initiative is greatly expected in the future. (Ayuko Yamaguchi) 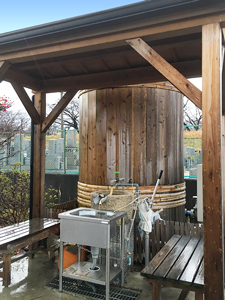 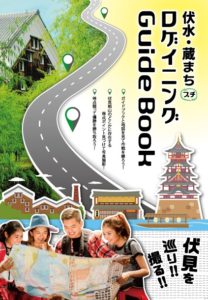 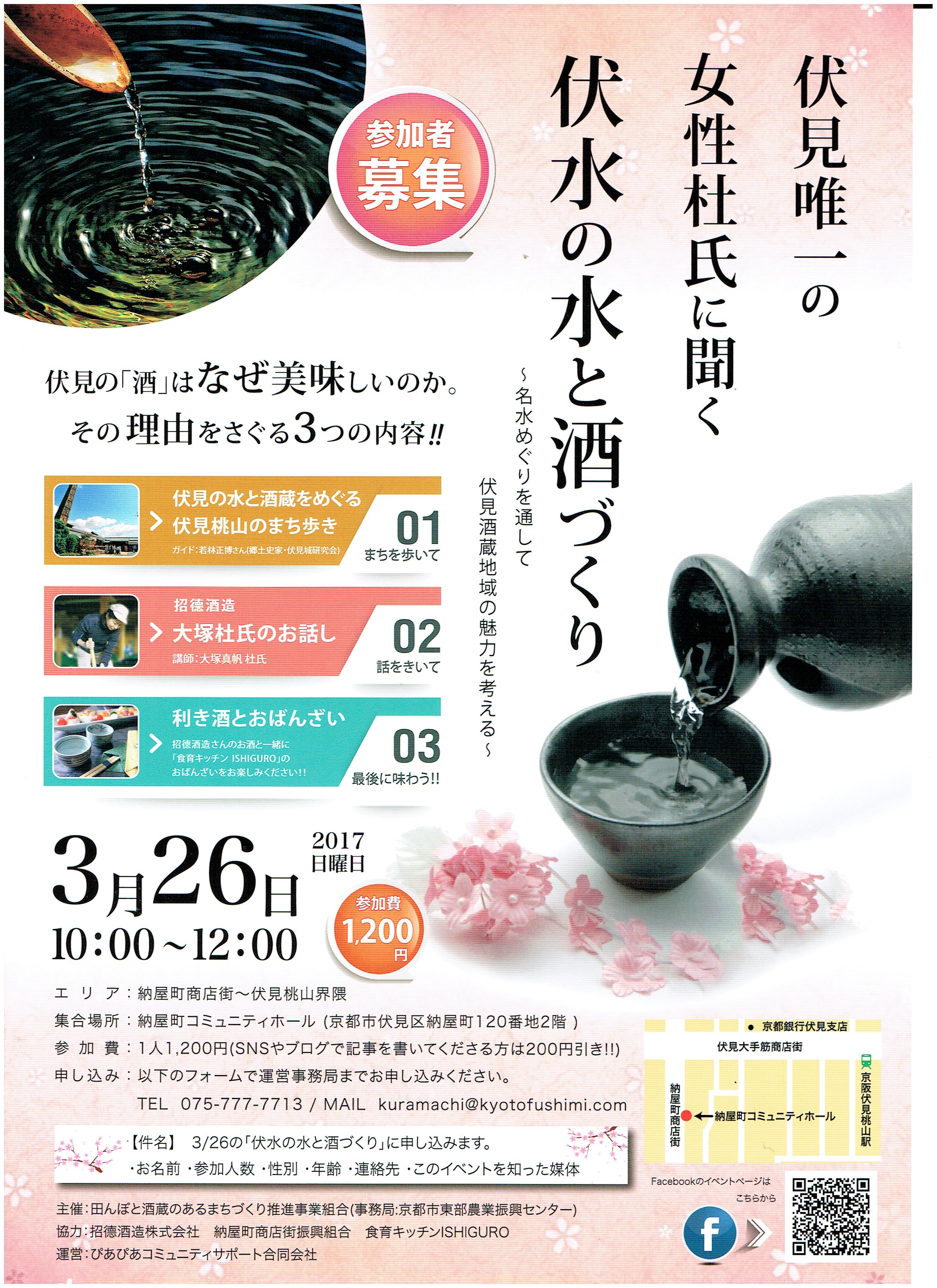 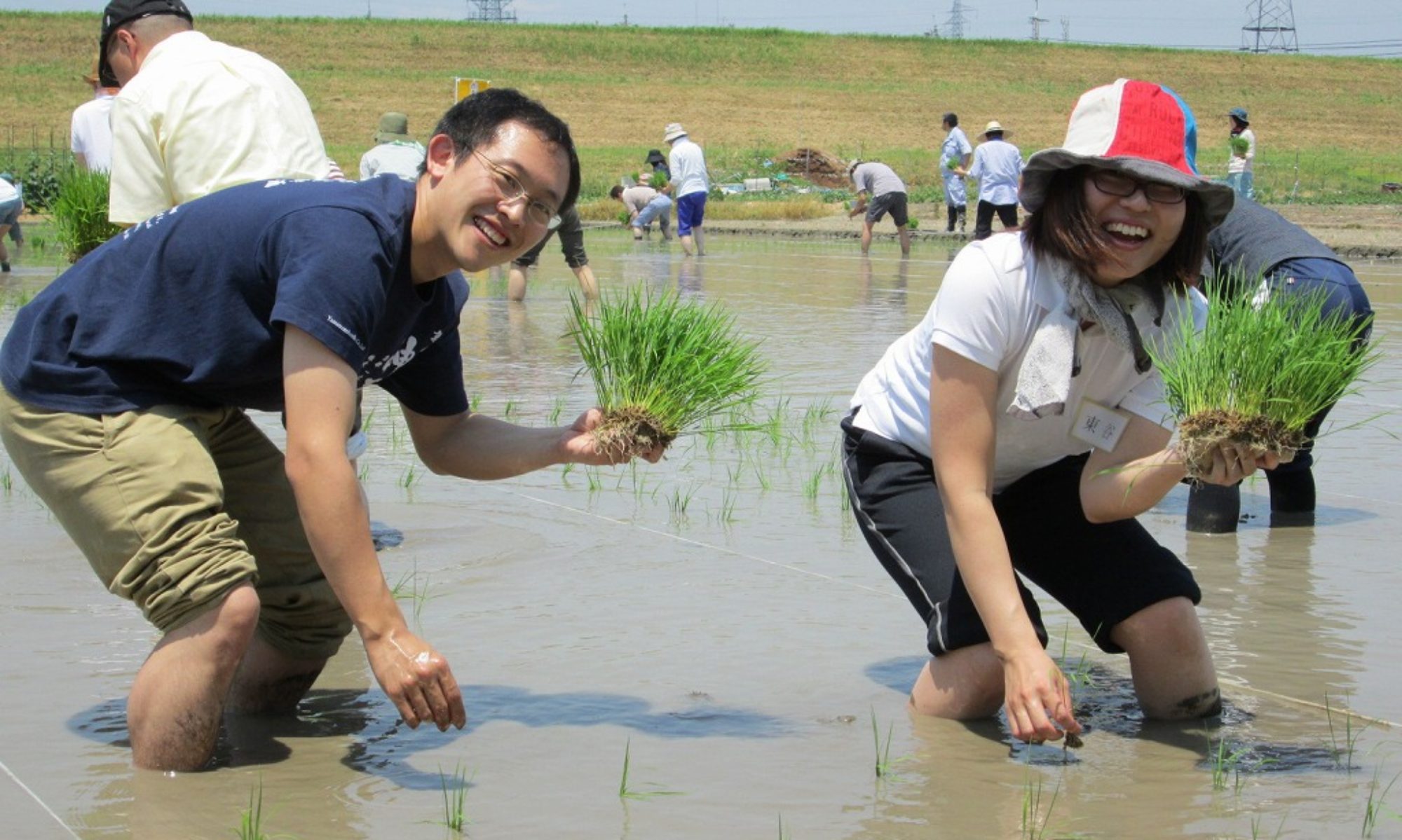